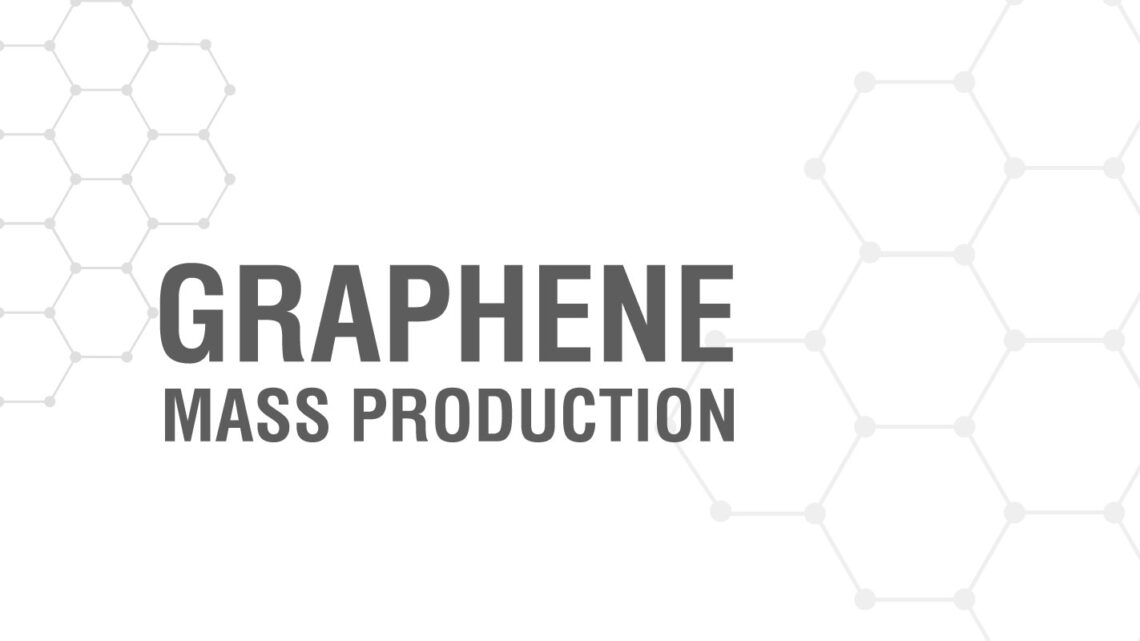 What is Preventing the Commercial Mass Production of Graphene?

Graphene, the Wonder Material, created a level of excitement unseen in the scientific community for many years. When graphene was discovered in 2004 by University of Manchester scientists, research institutes and industries all over the globe were thrilled. The unique properties of graphene were simply impressive and peculiar, where it made with one of the most popular potential materials worldwide. The discovery of graphene seen as a revolutionary time in scientific and industrial advancement.
Since the discovery of graphene, there has been an immense amount of research being done on the material’s properties. Scientists predict the use of graphene as a super-conductor to replace the conventional copper and even silicone from electronics equipment. It is an exceptional conductor of heat and can replace several traditional thermal conductors in numerous industrial and scientific equipment.

However 15 years later we are still struggling to practically apply graphene as a replacement for conventional materials in industries. There are numerous causes as to why we have not seen graphene being used in commercial items.

The primary challenge is the mass production process for graphene. Graphene is incredibly thin, being only 1-atom thick in a sheet form. The quality of production determines the properties that the produced graphene will have. Hence, it is highly essential to have immense control during the production of graphene to ensure optimal quality. The level of control during the graphene-production process will decide if the end-product will have optimal thinness, strength, permeability, transparency, thermal and electrical conductivity.

Today, there are two main types of production processes being used in scientific labs for artificially developing graphene.

Bottom Up Technique for Graphene production

The bottom-up technique for graphene production uses chemical manipulation to arrange carbon atoms in a single-layer structure. This technique uses the CVD (Chemical Vapor Deposition) procedure to form a single layer of graphene on a nickel or copper substrate.
The graphene formed on the copper substrate can easily transfer to another substrate. However, the fragile graphene sheet may suffer damage during this transfer process — the results as mentioned above in lowering the quality and affecting the properties of the final product.
Mobile phone companies are perfecting this technique all over the world. The wrinkles in this graphene production process need to be smoothed out. That can provide practical solutions for many factors that prohibit mass production of good quality graphene for commercial use.

Top Down Technique for Graphene production

The top-down technique for graphene production uses physical exfoliation to procure graphene from graphite. Graphite contains millions of layers of graphene that stacked atop one another. The top-down method for graphene production allows you to separate individual layers of graphene from its graphite form carefully.
The term ‘top-down’ refers to working from a significant element towards the more exceptional result at the bottom. Scientists initially used a simple sticky tape to remove graphite layers from a glass substrate consequently. After each consequent sticky tape was able to exfoliate the level of graphite, the final single-layer remaining on the last sticky tape gave graphene.
The top-down, or exfoliation, the technique remains the more promising graphene production technique till date. This technique ensures better quality graphene.
Another variant of the top down technique for graphene production involves using liquid exfoliation. In this, graphite suspended in a non-compatible liquid. This mixture placed in a special chamber which then blasted with sonic vibrations. The vibration within the fluid prompts the graphite to break down into its constituent single-layers. The result develops graphene paint. It can be turned to graphene ink or graphene coating. When you dry this, you can easily obtain graphene powder.

Eventually, every one of these techniques can produce only a few grams of graphene. This is just not a sufficient quantity for commercial use nor is the process involved deemed efficient for generating massive amounts of graphene.
It will be interesting to note which of this graphene production technique will be turned more efficient for commercial production of graphene. Industries, such as smartphone companies, consumer electronic-makers, and power storage sector are watching the development with a close eye.

How To Extract Graphene

Why does Graphene have so much potential?